The Wisconsin School of Business Celebrates The Consortium’s 50th Anniversary

This is not an official University of Wisconsin-Madison School of Business publication and is only intended to serve as a display of my writing ability.

After becoming a charter member of The Consortium for Graduate Study in Management in 1966, the Wisconsin School of Business has helped nearly 700 students earn appointments in business schools and corporations as part of an effort to increase the representation of African Americans, Hispanic Americans and Native Americans in American business. 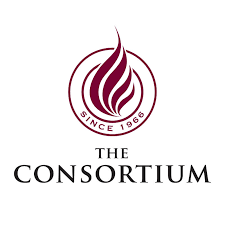 As The Consortium celebrates its 50th anniversary, leaders from the Wisconsin School of Business reflected on the role that the University of Wisconsin-Madison has played in the program that has equipped under represented groups with the skill set to attain careers in business.

“[The Consortium] has really leveraged the intersection between the private sector and academic institutions to really bring together, to cover societal gaps, so increased access to education for students to diversify the workforce and to really leverage that both in academia and in the corporate sector has been very powerful,” said Director of Diversity and Inclusion for the Wisconsin School of Business Binnu Palta Hill.

“The fact that [The Consortium] is 50 says a lot about the sustaining power of what the idea was 50 years ago,” said the Albert O. Nicholas Dean of the Wisconsin School of Business François Ortalo-Magné. “It would have been interesting to ask those who did the founding 50 years ago what does this look like 50 years from now. It says a lot about how important that idea was and see how it has grown.”

Keeping in stride with the Wisconsin Idea that university resources should be used to improve the lives of all citizens, the Wisconsin School of Business has had a part in structuring The Consortium since its inception and has been a key cog in the discussion regarding interaction around employers, business school and inclusion issues at UW-Madison.

“A key piece of the legacy of the 50th is the fact that Wisconsin was progressive enough 50 years ago to say yes to the idea,” said Assistant Dean of the Wisconsin Full-Time MBA Program and a member of The Consortium Board of Directors. “I mean it really is very Wisconsin-est to be out front and to join into an idea that almost was before its time and going back to that root word of consortium, the Latin word consortium really means partnership and Wisconsin joined two other great universities to be a part of this 50 years ago and that’s quite amazing.”

As excited as Ortalo-Magné, Sanford and Palta Hill were to celebrate this milestone, they looked forward to the next 50 years of progress.

“I hope then the 100-year anniversary is the celebration of irrelevance,” said Ortalo-Magné.